On March 27, 2013, former Information Commissioner Suzanne Legault commenced a systemic investigation into a complaint submitted by the Environmental Law Clinic at the University of Victoria and Democracy Watch. This investigation concluded on February 28, 2018.

The complainants alleged that the Communications Policy of the Government of Canada, in combination with institution-specific media relations policies and practices, restricted government scientists from publicly communicating about their research. The complainants also alleged the right of access to information under the Access to Information Act was also impeded by the application of these policies.

The investigation focused on the actions of Environment Canada, the Department of Fisheries and Oceans, Natural Resources Canada, the Canadian Food Inspection Agency, and the National Research Council of Canada (collectively the “subject institutions”) during 2002 to 2014.

Treasury Board Secretariat (TBS) was incorporated into the investigation from the beginning given its role in overseeing both the Communications Policy and the administration of the federal access to information regime.

The complainants’ allegations regarding the Communications Policy were evaluated, as well as the media relations policies of each of the subject institutions, to assess if these policies, or their application, impeded access to information rights. The application of these policies was also examined to see whether it contributed to an increase in the number of access to information requests as a means of obtaining information.

Commissioner Legault made the following findings:

Additional Representations since the October 2015 Election

Commissioner Legault sought and obtained from TBS and the subject institutions a comprehensive list of the initiatives undertaken since the October 19, 2015 election that related to the subject matter of this systemic investigation. Following her review of these measures, on September 18, 2017, Commissioner Legault made several recommendations to the President of the Treasury Board to further enhance the government’s response to the concerns raised by the systemic investigation.

In a letter dated October 24, 2017, the President of the Treasury Board, The Honorable Scott Brison, provided comments on each of the Commissioner’s four recommendations and outlined steps taken by the government toward making federal science more accessible to the public and empowering federal scientists to speak freely about their work.

Minister Brison noted, for example, that one of the key elements of Chief Science Advisor of Canada Dr. Mona Nemer’s mandate includes providing timely advice on the development and implementation of guidelines that aim to make government science fully available to the public and that aim to ensure that government scientists are able to speak freely about their work.

Minister Brison also noted that key science institutions were already voluntarily collecting data related to the release of scientific information to the public, pointing specifically to the work of Environment and Climate Change Canada and Natural Resources Canada in tracking media relations calls, social media metrics, contribution to peer reviewed articles, and participation in the Open by Default project.

Provided are detailed statistical information related to the complaints the Office of the Information Commissioner received and closed in 2017–2018. 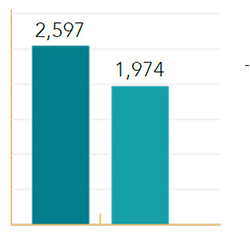 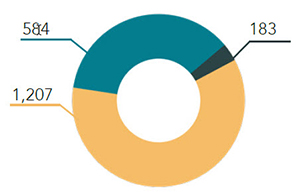 Well-founded The OIC found evidence of the complainant’s rights being denied under the Access to Information Act.

Not well-founded As a result of the investigation, the OIC found that the institution applied the Access to Information Act correctly.

Discontinued The complaint was withdrawn or abandoned by the complainant before allegations were fully investigated. In some cases, the complainant did not respond to the OIC’s request for representations within a reasonable time period, or cannot be located.

Settled The complaint was settled to the satisfaction of all parties without the need for the OIC to make a finding.

Resolved For cases of deemed refusal (delay) and extension complaints where the final response to the requester has been sent during the initial stages of the investigation.

*The Commissioner may launch a complaint under subsection 30(3) of the Access to Information Act.

**The Commissioner introduced the “resolved” finding in March 2016. The Commissioner uses it when institutions send their final response to requesters during the initial stages of investigations into deemed refusal (delay) and extension complaints.

In 2017–2018, the Commissioner received 1,312 refusal complaints, commonly because the institution concluded no records were available or exemptions were used to decline the disclosure of certain records. A total of 1,249 administrative complaints were also received, about delays, time extensions and fees. Additionally, 37 Cabinet confidence exclusion complaints were received by the OIC.

Administrative complaints represented 48 percent of new complaints, and the remaining 52 percent of complaints were either refusals or Cabinet confidence exclusion complaints.

The most commonly cited exemption in refusal complaints in 2017–2018 was section 19. This exemption provides that institutions shall refuse to disclose information containing personal information as defined in section 3 of the Privacy Act.Footnote 1

Note: The sum of all percentages may exceed 100 percent, because a single complaint may involve multiple exemptions.

The chart above shows the 20 institutions that were the subject of the most complaints in 2017–2018. Many institutions appear on this list from year to year. 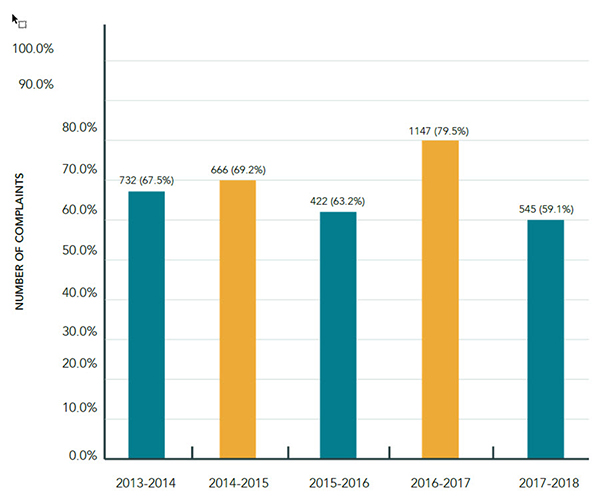 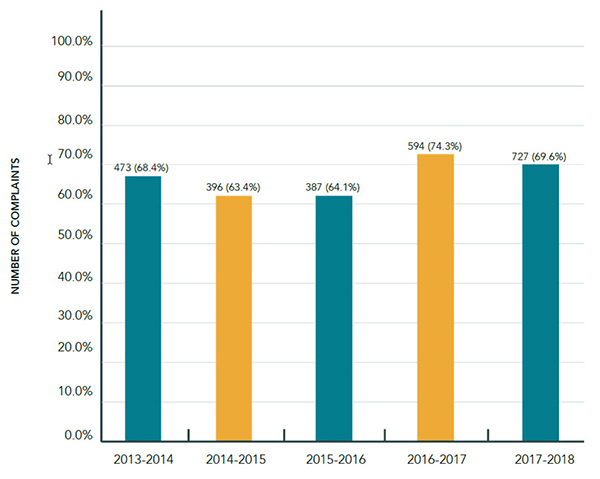 This chart lists the 20 institutions under which the Commissioner closed the most complaints in 2017-2018.

Report Of The Information Commissioner Ad Hoc For 2017-18

The law that brought this about did not, however, create a mechanism separate from the OIC, which oversees government compliance with access requests, to investigate any complaints that access requests to the OIC have not been handled as the Act requires. Since it is a fundamental principle of access to information law that decisions on the disclosure of government information should be reviewed independently, the office of an independent Information Commissioner Ad Hoc was created and given the authority to investigate any such complaints about the OIC.

Our office had no outstanding complaints from the previous year.

In addition to this one complaint, this Office also received correspondence from a number of individuals who were dissatisfied with how the OIC had investigated their complaints and what they described as the OIC’s delay in issuing findings regarding their complaints. This Office does not have jurisdiction to investigate concerns about how the OIC has investigated complaints made to it as the oversight body under the Act. Nor can my Office investigate concerns about delay by the OIC in processing such complaints. My mandate is limited to receiving and investigating complaints that an access request for a record under the control of the OIC itself may have been improperly handled.

The existence of an independent Information Commissioner Ad Hoc, helps to ensure the integrity of the OIC’s handling of access requests made to it, as an institution, and therefore contributes to the overall system of access to information at the federal level. My Office looks forward to continuing to play this part in access to information.