2010-2011 Message from the Information Commissioner

This annual report provides highlights of my first year as the appointed Information Commissioner of Canada. I accepted the privilege and honour of this function on June 30, 2010, determined to make a difference in the way and the extent to which Canadians have access to public sector information. 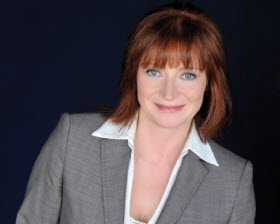 Our investigations of complaints and our report cards confirm the experience of access requesters, as encapsulated in official statistics. Over the past decade, there has been a steady decline in two important measures of access to government information. In terms of timeliness, slightly more than half of all access requests made to federal institutions are now completed within the 30-day limit set by the Access to Information Act. In terms of disclosure, fewer than one fifth of all requests currently result in all information being released. Far from reflecting the presumption of disclosure inherent in the Access to Information Act, the exercise of discretion in determining which information to disclose has been skewed toward greater protection of information. For example, the percentage of exemptions claimed for national security has increased threefold since 2002–2003.

To reverse declining trends in timeliness and disclosure, I have used all the powers and tools at my disposal to effectively investigate and resolve complaints. I issued subpoenas to order the production of records, and a greater number of cases resulted in well-founded reports to heads of institutions. I conducted examinations under oath, notably in cases of alleged interference with the access to information process. I am proud to report that we completed more than 2,000 cases for a second year in a row through increased process efficiencies, agile case management and collaboration with institutions. I also made a significant number of representations before the courts concerning fundamental points of access to information legislation.

By probing a cross-section of new institutions covered under the Act, our report card process this year further supplemented our diagnostic of sources of delay within the system. Over the last two years, the process has identified specific challenges within
15 institutions that account for a large percentage of access requests. Recommendations from this process are intended to guide the government in improving its administration of the Act, pending legislative reform.

More than ever, I believe the way forward must include the review and modernization of Canada’s access legislation. This statement has been reiterated countless times in Canada and in international studies. Developed in the pre-digital era, the Act is out of touch with today’s information technology, common practices and expectations. It is out of step with more progressive standards adopted by other jurisdictions. Throughout the year, our investigative work revealed various legislative deficiencies and impediments, some of which are documented in our reports to Parliament. I intend to further analyze the shortcomings of the current legislation to offer parliamentarians an in-depth review of necessary amendments.

At the onset of the new fiscal year, the decision from the Supreme Court of Canada in the decade-long case regarding the control of records within the offices of the Prime Minister and cabinet ministers came as a major setback to our quest for public access to vital government information. The decision clearly demonstrates the need to amend the legislation to prevent abuses resulting in time-consuming investigations and costly litigation. The legislation needs to clarify what could constitute ministerial records as opposed to departmental records. It also needs to introduce a duty to document information so that there is an official record of important decisions made on behalf of Canadians.

To bring about greater government transparency and accountability, we need the engagement of all stakeholders. In this regard, I commend the efforts of the House of Commons Standing Committee on Access to Information, Privacy and Ethics to improve access and openness. Committee members are to be praised for their recommended First Steps Towards Renewal, for their study of open government and for following up on our 2008–2009 report cards. I look forward to working with the incoming chair and members of the new committee.

The Resolution on Open Government—a joint statement of federal, provincial and territorial access and privacy commissioners—as well as the 2010 edition of the Right to Know Week, with its content-rich program, successful partnerships and live chats with commissioners, represent significant achievements in catalyzing synergies toward a common goal. Launched in March 2011, the federal open government initiative marks a major leap in the right direction. I will closely follow the outcome of its implementation.

From October 3 to 5, 2011, I will host the next International Conference of Information Commissioners in collaboration with the Canadian Bar Association. This important event will provide an excellent platform to share information and contribute to forces of change at home and worldwide for greater freedom of information.

As administrative head and accounting officer for this organization, there is another achievement of which I am particularly proud. Upon taking office, I undertook a strategic planning process with my staff and key stakeholders to determine priorities and chart a roadmap for the first years of my term. Today’s fiscal restraints challenge all institutions to resort to more efficient means and innovative solutions to better serve the Canadian public. I wish to thank stakeholders for their contributions. This annual report demonstrates how we have positioned ourselves to achieve significant outcomes in three key result areas: exemplary service delivery, a leading access to information system, and a well-governed, exceptional workplace.

Our strategic plan will guide us as we further consolidate our operational gains and contribute our investigative and legal expertise to foster still greater government transparency and accountability. I commend my staff for their hard work. Their dedication to ensuring more timely and meaningful access to information will enable Canadians to fully engage in the democratic process and influence the development of policies that impact our lives.