The Access to Information Act directs all institutions to produce an annual report on their administration of the Act. The Treasury Board of Canada Secretariat also collects and annually publishes aggregate statistical data about the access to information program.Footnote 1

The Commissioner uses these sources of publicly available data to analyze the health of the access to information regime.

Overall institutional performance under the Act declined in 2015–2016. Most notable is the performance decline of a number of leading institutions that possess valuable information for Canadians. (See table Performance of top 20 institutions.)

One indicator of effective institutional performance under the Act is the percentage of requests completed within the statutory 30-day period.

The 2015–2016 report of overall institutional performance shows 64 percent of requests were completed in the 30-day timeframe. This is a one percent decline from the 2014–2015 results.

However, it is important to note Immigration, Refugees and Citizenship Canada (IRCC)’s impact on the system-wide figures. As is typically the case, IRCC received the majority (41,660 or 55%) of all new requests. When excluding this institution from calculations regarding timeliness, a slightly different picture emerges (see Table 1).

Sixty-nine percent is the highest percentage achieved for timeliness since the Act was established. The Commissioner is of the view that the target goal for timeliness should be at least 75 percent of requests responded to within 30 days. She made this recommendation to the President of the Treasury Board as part of the government’s action plan 2.0 for open government.Footnote 3 The government has not accepted this recommendation. 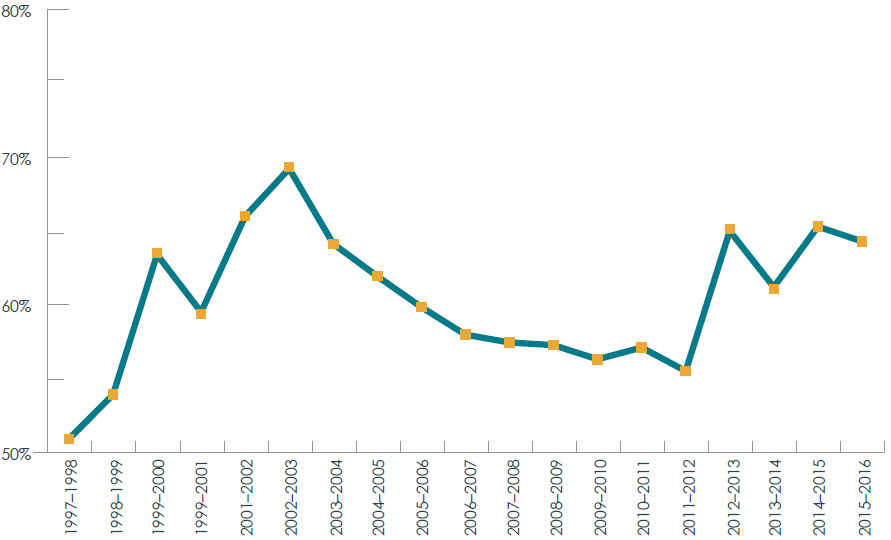 The rating scale is: A=0–5 percent; B=5–10 percent; C=10–15 percent; D=15–20 percent; and F=more than 20 percent. “Red alert” is reserved for very high proportions of requests completed past the statutory deadline.

Each year, a group of approximately 20 institutions receive around 90 percent of the access requests from Canadians.

Poor performers: Four of the 20 institutions examined had rates above 20 percent and were given an F grade. These institutions are the Royal Canadian Mounted Police (RCMP), Canada Revenue Agency (CRA), Correctional Services of Canada (CSC) and Global Affairs Canada (GAC).

Red Alert: Red Alert status is given to institutions possessing rates of more than 40 percent. Both the Department of National Defence (DND) and Health Canada (HC) received Red Alert grades from the Commissioner for their refusal rates of 41 and 42 percent, respectively.

Officials from the OIC met with representatives from GAC, DND, CRA, HC, RCMP, and CSC concerning their performance and progress on files. The OIC will continue to work with these institutions to address their difficulties in meeting the obligations under the Act.

Proportion of requests closed past their statutory deadline, 2015–2016 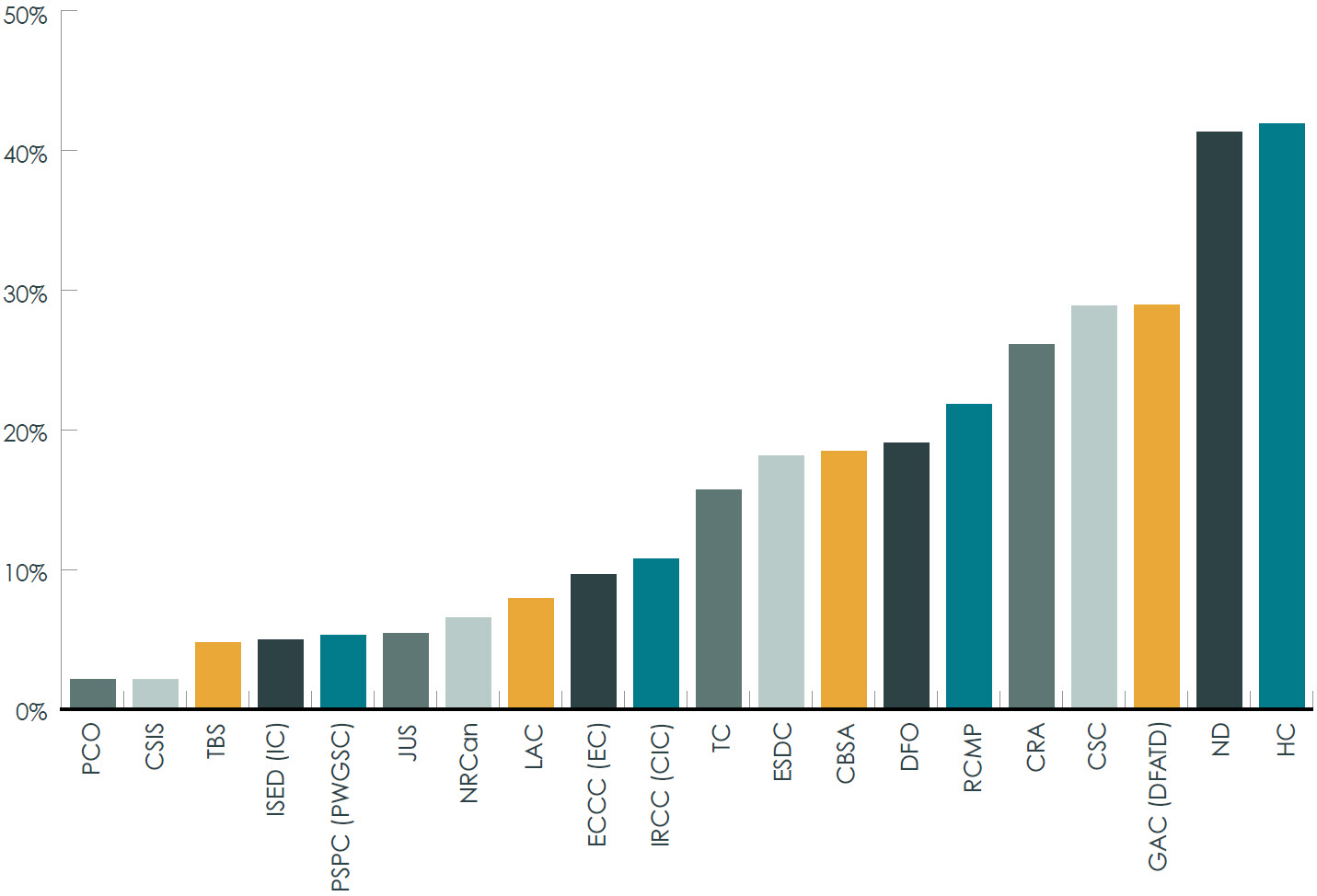 A second indicator of effective institutional performance under the Act is the percentage of completed requests where records were fully disclosed.

The OIC looks at the disclosure trend over a period of time to assess the level of disclosure given the Act has not significantly changed since its adoption. The OIC also recognizes that disclosure can be closely linked to the sensitivity of information that an institution possesses and mandatory restrictions in the Act that prohibit disclosure.

In 1999–2000, 40.6 percent of requests were disclosed in full, which represents the highest percentage for institutional disclosure since the Act was established. 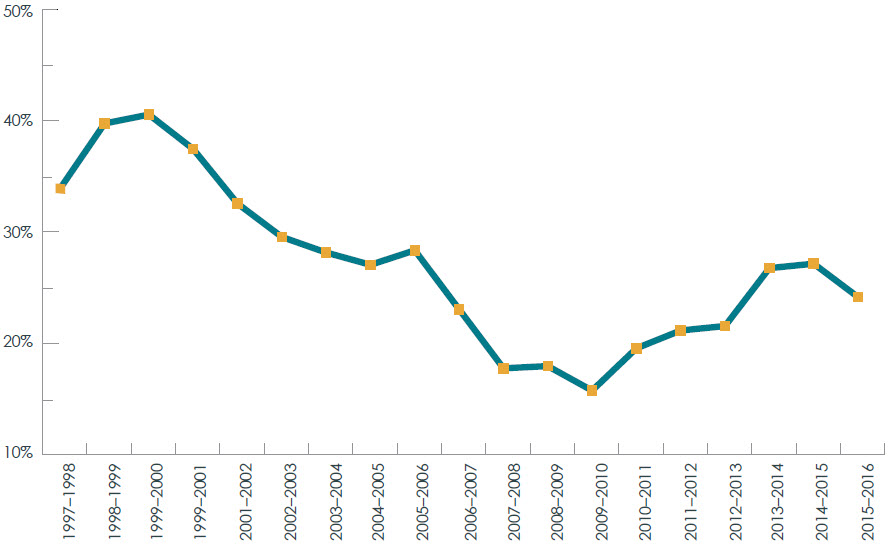 The 2015–2016 report of overall institutional performance shows 24 percent of requests were disclosed in full, which is a three percent decrease from 2014–2015.

Percentage of requests for which all requested records were disclosed, 2015–2016 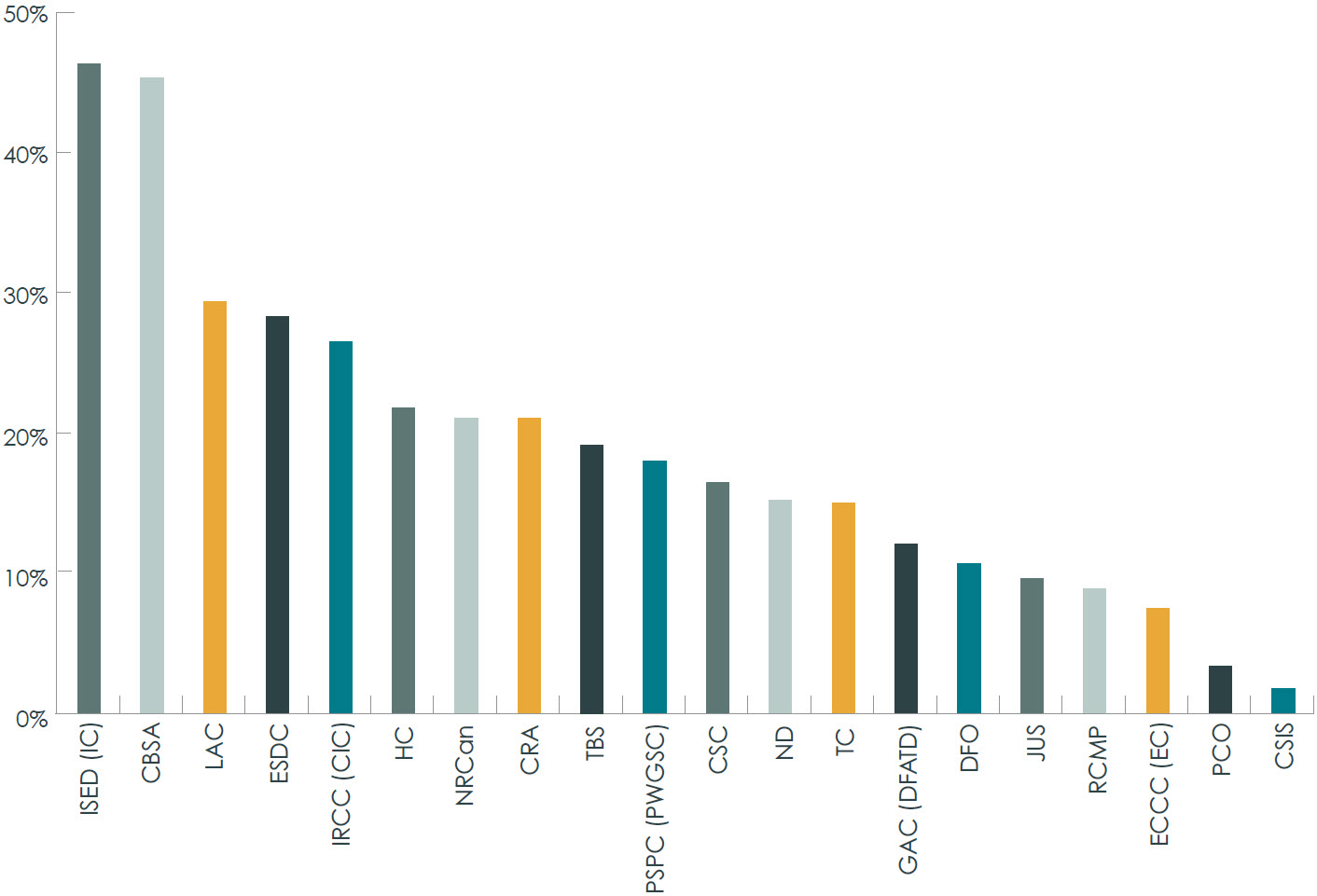 Letter to the President of the Treasury Board on Action Plan 2.0, November 2014.