CFIA’s performance was significantly below the government-wide levels in 2013–2014, especially in terms of requests closed past the statutory or extended deadline.

Despite receiving fewer requests, CFIA completed only 63.6% of all requests in its inventory in 2013–2014. This is significantly below the government-wide completion rate (84%). According to CFIA, this is mostly due to the departure of two full-time employees in 2013–2014. 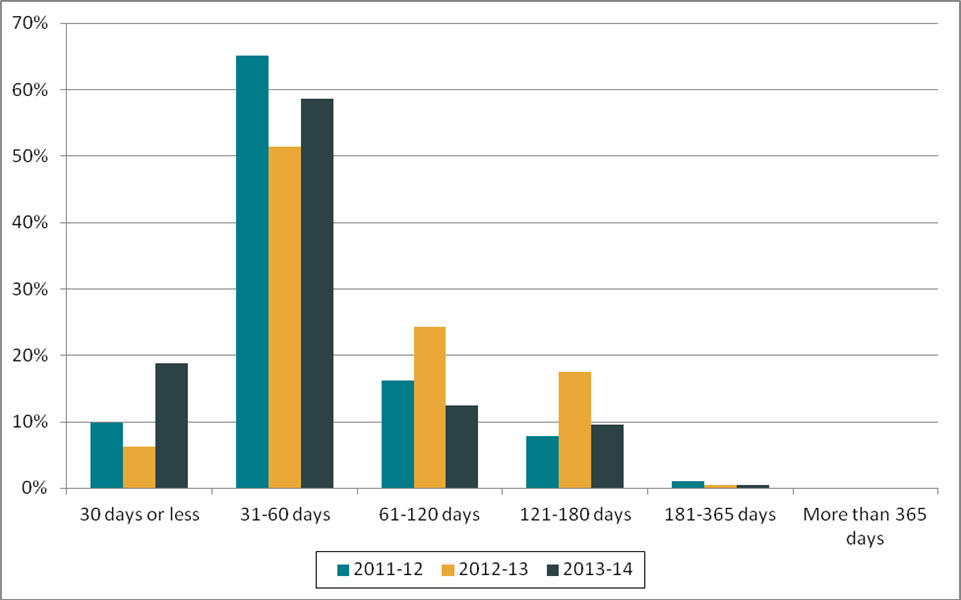 In January 2014, CFIA joined other institutions in accepting requests via the online ATIP requests portal. Individuals can submit requests for information to CFIA and pay the application fees online.

In March 2014, CFIA’s ATIP office carried out a review of its internal business process in order to identify and resolve weaknesses and inefficiencies. A new team, the Outstanding ATIP Task Process, was also created at the end of the fiscal year to “ensure greater accountability towards the timely completion of search and retrieval tasks”. As a result of these changes, CFIA expects that the overall delivery of services will be enhanced by 2014–2015.

Complaints registered in 2013–2014 were for refusal (4 complaints) and administrative matters (7 complaints). This is proportionally similar to 2012–2013.

Based on response to parliamentary written question Q-485.