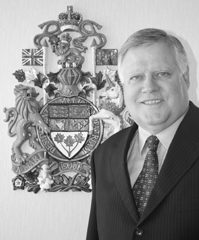 I immediately initiated major structural and operational changes to better address the challenges that were limiting our work and to eradicate once and for all the inventory built up over the years.

In 2008–2009, we formalized and fine-tuned our new way of doing business and, as the year ended, our new investigative process was starting to show results.

More importantly, we looked closely at how we could best improve the performance of the access to information system. I have said repeatedly that the compliance model inherent in the Act is weak. Currently, there are few incentives to comply with the Act’s requirements, and even fewer consequences for not doing so. Our new business model will allow us to effectively use the various tools at our disposal to maximize our influence on institutional compliance with the law.

Still, much more is needed to bring about a true culture of openness and transparency, and allow Canada to regain its status as a leader in the area of access to information. July 2008 marked the 25th anniversary of the Access to Information Act on a rather bittersweet note. It was a moment to celebrate the important democratic leap Canada took in 1983 when it gave citizens the right of access to information held by federal institutions. At the same time, the occasion highlighted just how much the legislation lags behind standards established by other countries and other Canadian jurisdictions. The Act is still framed within the reality that prevailed a quarter of a century ago. It does not take into account the massive technological changes that have completely reconfigured the information landscape.

In March 2009, I presented a series of legislative recommendations to the House of Commons Standing Committee on Access to Information, Privacy and Ethics. These recommendations are meant as an initial effort to meet, without delay, the urgent challenges of modernizing the Act and strengthening the compliance model.

To move forward, strong, concerted leadership is required, now more than ever, from all quarters and all levels. Parliamentarians remain critical players, as they continue to press the government for legislative reform. The President of the Treasury Board, as the designated minister under the Act, must provide the political leadership to change a transparency adverse culture.

The Treasury Board Secretariat—as the organization responsible for ensuring that federal institutions fulfill their responsibilities under the Act—needs to provide institutional leadership guidance with clear performance objectives, explicit directives and adequate financial support and resources.

Within institutions, executive leadership is crucial to how well institutions fulfill their obligations under the Act. All ministers, deputy ministers and heads of agencies throughout the system must commit to the required cultural change. Through appropriate delegation of authority, access to information directors must be empowered to act in the true spirit of the legislation.

A rejuvenated, reorganized and better funded Office of the Information Commissioner also stands ready to fulfill the vision the Honourable Francis Fox set out in the parliamentary debates leading up to the adoption of the Access to Information Act. During the second reading debate in the House of Commons in 1981, he said: “I expect the office of the information commissioner to become over time more than an information ombudsman, more than an access advocate. I expect it to be the heart of the system.” This can only fully happen with legislative reform.

In closing, I wish to acknowledge the professionalism and dedication my staff has demonstrated through a period of radical change and scarcity. I also want to pay tribute to the memory of former Information Commissioner Dr. John Grace whose impassioned pleas for reform, 15 years ago, still resonate today. Dr. Grace set the bar high in the defence of the citizen’s right to know. Unfortunately, successive governments have chosen to ignore his recommendations and those of the commissioners who followed him. How much longer will Parliament stand by and tolerate this pervasive neglect and the attrition of a fundamental democratic right?